Year 8 were bussed to London

on our annual pilgrimage to London’s South Bank for a day of culture beginning with a whistle-stop tour led by our very own highly acclaimed historian. Mr Kendrick explained how the national disaster known as The Great Fire of London led to London being re-built as a city in a new form, which would quickly become the hub of the British Empire in the decades which followed. We were also enlightened as to why, in Shakespeare’s days, the south side of the river was so popular; what really want on in Bear Gardens; and just exactly how the Bishop of Winchester used geese to service his parish.
After a visit or two to Borough Market for liquid refreshment and a chance to sample delicacies from around the world, a tour and workshop at The Globe led by a real-life actor (spot the oxymoron) gave pupils the opportunity to take the stage. The ensuing performance of Romeo and Juliet certainly caught the attention of both boys and girls.

Back at school, pupils

were invited to pen their thoughts in the style of a London reviewer. Sam D wrote,

‘Daniel Kramer’s modern interpretation of Shakespeare’s tragedy, ‘Romeo and Juliet’ was adeptly brought to The Globe with an original and ‘confident’ cast brimming with modernity and creativity. Complete with a loveable Scottish nurse and a cheeky, brash, female Mercutio, the play was brought to life in a potent combination of love, conflict, death and nipple tassels. On a sparse yet audacious set complete with graves, missiles, mattresses, roses and hospital beds, this original take on Shakespeare will impress all but the purists. Each of the cast was smeared in clown-esque make-up giving the performance a surreal, wacky quality, which ran at great pace into a smeared mask of misery as the play progressed.’

Fittingly standing within the lofty heights of The Tate Modern, the pupils were reminded that this would be one of the final times they would be on a trip as a whole year group (OK, maybe the Lake District is approaching). I am sure it will be a day they look back on with very fond memories. Thank you all. 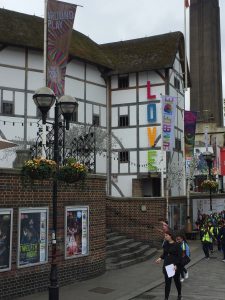 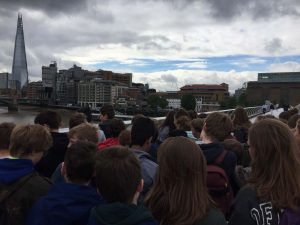 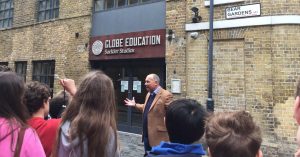 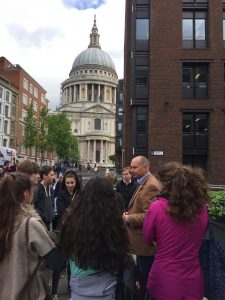 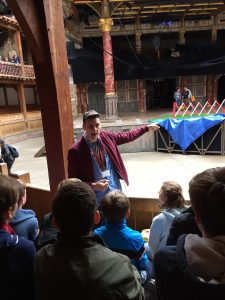