Our Year 2 children were greeted by Mistress Matilda from Pudding Lane Bakery as they arrived at Norwich Cathedral to learn more about the Great Fire of London. The apprentice bakers were put to work straight away, initially making their own replica clay ship biscuits before settling in for a tale of fire and destruction.  They were all captivated as Mistress Matilda recounted the awful day that that fire broke out in Thomas Farriner’s Bakery in the early hours of Sunday 2nd September, 1666 and were happy to help when she enlisted them to re-enact how the fire was tackled and finally extinguished. They also tried to imagine the scene that Samuel Pepys, member of Parliament at the time, saw and subsequently recorded in his famous diary on that fateful night.

The visit gave all of the children a fascinating insight into the Great Fire of London as well as an awareness of another terrible fire that took place at Norwich Cathedral when it was struck by lightning in 1169, just 23 months after its completion.  By the end of their visit, they were all thoroughly ‘fired up’ to continue their term’s topic back in the classroom! 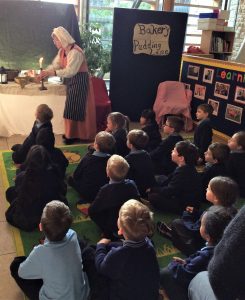 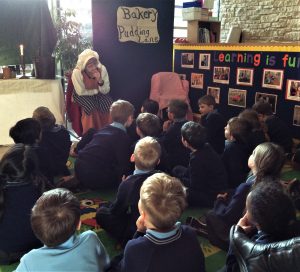 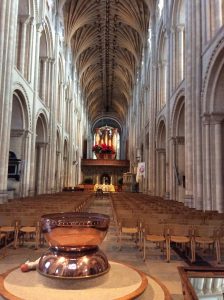