The Year 6 Science Fair was a fantastic representation of the hard work and scientific prowess of our Year 6 scientists. The projects on display were the culmination of the children’s efforts in science lessons over the past few weeks. In small groups, they thought of an interesting question which they would like to explore, planned how to investigate their question, organised the experiment and their equipment, before recording and analysing their results.

The Science Fair gave the children a wonderful opportunity to view each other’s work, to pose questions to one another and to consider and analyse their overall findings. They were also thrilled to showcase their hard work to their friends and family. Mr Nick Chapman, Head of Science, was incredibly impressed with the level of investigative science and the unique ideas the children had come up with. Examples included examining melting points of chocolate with varying levels of cocoa, measuring calories in food, investigating how light and mineral levels affect daisy growth, and even a little rocket science!
The judging was very difficult this year. But the eventual winners were:

Best idea: Do all drinks freeze at the same rate?
By Emilia, Hollie and Edie

Best method: Why do daisies grow at the back of the garden?
By Niamh and Bella

Best presentation: How many calories?
By Katerina, Isla, Meena and Sruthi

Best overall project: How many teapsoons of salt does it take to make an egg float?
By James, Finlay and Jack 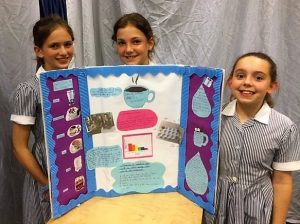 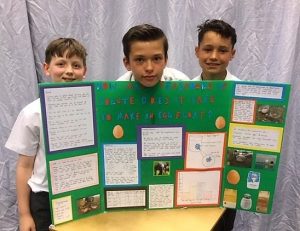 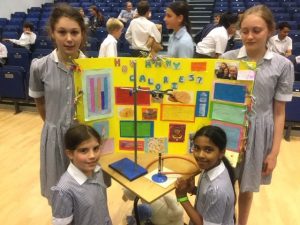 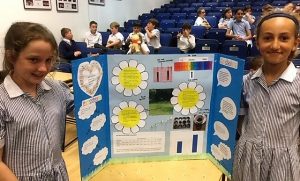