The senior hockey teams had a fantastic weekend at the recent Gresham’s Hockey Festival. The boys and girls played a combined total of 39 outdoor and indoor matches, losing only four throughout the weekend. The Girls A team and the Boys B team won their respective indoor tournaments, the girls beating Edgeborough 2-0 in the final and the boys beating Gresham’s 1-0 on penalties after scoring an equalising goal five seconds from the end of normal time. Maddy was chosen by the teachers of the schools taking part as player of the tournament, a fitting award, but all the children should be proud of their achievements. They were a credit to the School both on and off the pitch. 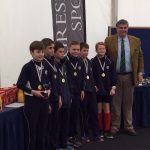 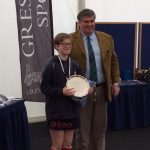