Our Cross Country runners, from across Years 5 – 6, competed in a very well attended event at Norwich School last week with between 7-10 schools fielding teams in each of the age categories. All eight of our teams finished in the top four with two teams winning their team event and another two teams collecting silver medals.

Our U8 girls team of Year 3 children Sienna, Freya, Saskia and Hattie won their competition with all four runners finishing in the top 14 individually.  This was particularly notable as it was their very first Cross Country event representing the School and shows huge promise for future years. The U8 boys of Jude, Jack, William and Sebastian gained valuable experience from their first race, finishing fourth overall.

In Year 4, Priya, Alice, Amelia and Millie for the girls and Harry, George, Hugo and Alex for the boys competed well in a strong field with both teams finishing fourth overall.

The Year 5 girls team of Darcey, Tilly, Amelia and Francesca all finished in the top 20 individually and 4th overall in the team event.  Whilst the Year 5 boys team of Riccardo, Harry, Ethan and Tilek narrowly missed out on team gold but secured team sliver with fine individual displays.

The Year 6 boys race was of an astonishing standard which makes the boys’ achievement of finishing 2nd in the team event even greater. Ralph ran incredibly to secure 2nd place with Leo just behind in 4th. Charlie fought back well after slipping at the start to finish 11th with Sidney crossing the line in 14th.  The Year 6 girls secured team gold with a collection of individually brilliant runs with Molly 3rd, Beth 9th, Florence 12th and Millie (who stepped in at the last minute to replace an injured Tessa) finishing 19th.

A wonderful afternoon of competition with all of the children showing great commitment, sportsmanship and teamwork. 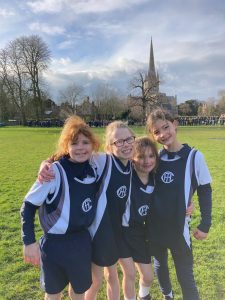 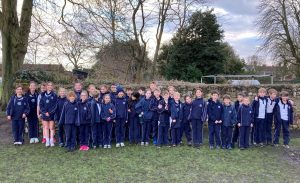 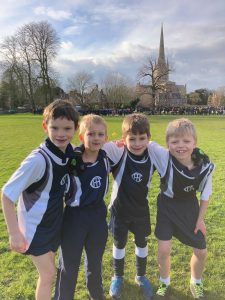